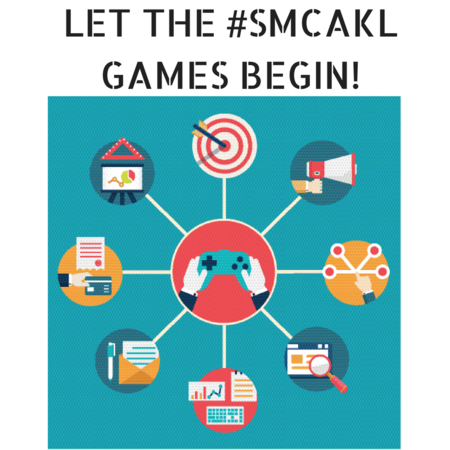 While some would say that life has always been one giant game, the social web is certainly turning out this way, with so many marketers inviting us to come out and play. Badges, points, and prizes - we've been competing for them for centuries, and now organisations are getting far more clever and applying digital gaming techniques to help solve business problems, promote literacy, improve health and wellbeing and help us figure out who to vote for in an election.

A passing fad or does social + gaming have real merit?

Nataly has been involved as a health consultant for two GameOn projects, which is a collaboration with media and communication students at Hanze University, Netherlands. They are designing malaria and HIV mobile games for children in Kenya. She has created, along with Stephen Knightly and a group of colleagues at the University of Auckland, Ready to Practice, a renal game / simulated role-play for medical, pharmacy and nursing students, due to be tested out in the next couple of months.

Owen runs his own consulting company, Viewfield Consulting which focuses on supporting CIOs and senior technology executives. He was also former CIO of The Warehouse and columnist of CIO New Zealand. He is committed to making a difference in NZ's communities and have co-founded the Life Game Project, dedicated to supporting NZ as a place where everybody is safe and loved by harnessing the power of immersive games technology to foster the development of life skills and positive lifestyle choices.

Mike has built games and included gamification into his work at Virgin Radio in the UK and managed the games channel for AOL UK. At Vodafone, he has led a team of designers, content producers and developers responsible for iterating the digital customer experience and extending it onto the mobile platform. He also managed the development of the company's Digital Help program. Most recently, he is adding gamification in its customer marketing, specifically Fantastic Fridays.

Canterbury student Hannah Duder will be up in Auckland on 20 Aug to launch a new fun voting app and you will be among the first to see it in action at #smcakl. The app is called CandiDATE and it matches voters with political parties in a simple and fun way - by swiping left or right to get your match for this year's election.