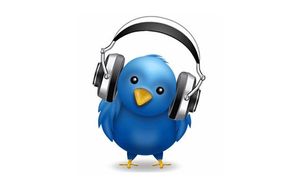 Social media and the online world has affected not only the way we consume music but the entire record industry. #SMCAKL June explores these significant industry changes from all angles of the record player.

With video interviews thanks to:

Dean Campbell is best described as a jack of all music trades. Dean currently sees him double as both the Breakfast Show Producer and the Music Director for George FM. Dean also acts as a music commentator across Remix Magazine, Rip It Up, Timeout Magazine, theaudience.co.nz and Youth TV show U Live. Not one to stay away from the action, Dean also collaborates with Sam Hill to release music tracks under the alias ‘Jetski Safari’ – whose recent tune ‘Like a Lie’ made it into the NZ Top 40. As if that isn’t enough for one guy, Dean also DJs the Auckland nightlife scene and operates a hobby business on the side refurbishing antique wooden radios.

Scott Maclachlan came to NZ at six weeks old, only to return to his native England two years later. However, the Kiwi pull led him to marry one, and return with his family over 30 years later to set up home and business. After graduating from university with a Masters in English, he (logically) joined a record company, packing boxes, before starting his own label and rising to Head of A+R at Jive Records through the wonder years of Britney, Backstreet Boys and R.Kelly. He joined Universal eight years ago where he is currently A+R Director and Head of Business Development. He also has a publishing joint venture with Universal, called Stirling Music, and a management company called Saiko who represent Lorde and Mt Eden.

Fiona Perry has more than 20 years experience with royalties, copyright and licensing for the music and entertainment industry both in New Zealand and overseas. While based in London, she worked for Island Records and Zomba Records, she has handled the royalties of major artists such as U2, Stevie Winwood, Bob Marley & The Wailers, and Robert Palmer. , management companies and auditors of bands and musicians.
Fiona worked for BMG/Sony in New Zealand for 14 years then in 2011 started up Media & Entertainment Royalty Services which specialises in physical and digital royalties for Music, Film and Television.

Paul McLaney is a New Zealand-based composer, singer and guitarist who has released albums under his own name and under the moniker "Gramsci". McLaney has collaborated with numerous New Zealand musicians such as Concord Dawn, Anika Moa, Module, Rhian Sheehan, James Duncan, Fly My Pretties, Dick "Majik" Johnson, Epsilon Blue and choreographer/author Douglas Wright. He is a full-time member of the group SJD.

Your MC for the evening