Social media in an election year 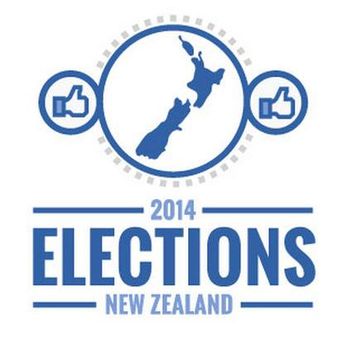 Vote for me! For who? For what? Precisely! It's election time folks, so join us for an exciting evening of social media-savvy politicians who will talk the place of social media in campaigning and democracy. How do they see it working for them? More importantly, how do they see it working for us, the prospective voter? Will we see more of them and their fellow party members on Twitter and Facebook? Come along and find out from our awesome panel.

First tweet: "learning to use twitter and eat lunch simultaneously. hope i can get the food off my screen!” (March 2009)

Well the Internet party has yet to be registered but it certainly has a lot to do with the internet. And so does Vik. Before joining the Internet Party he lead Mega and before that it was Internet NZ. That’s a lot of internet. So we invited him along.

Scott’s one of National’s newest MPs to join Twitter. He tweets a lot of photos proudly showing all the exciting things happening in his Coromandel electorate, like the new L&P flags in the streets of Paeroa and visits from Whangamata-bred World Junior Surfing Champion Ella Williams.